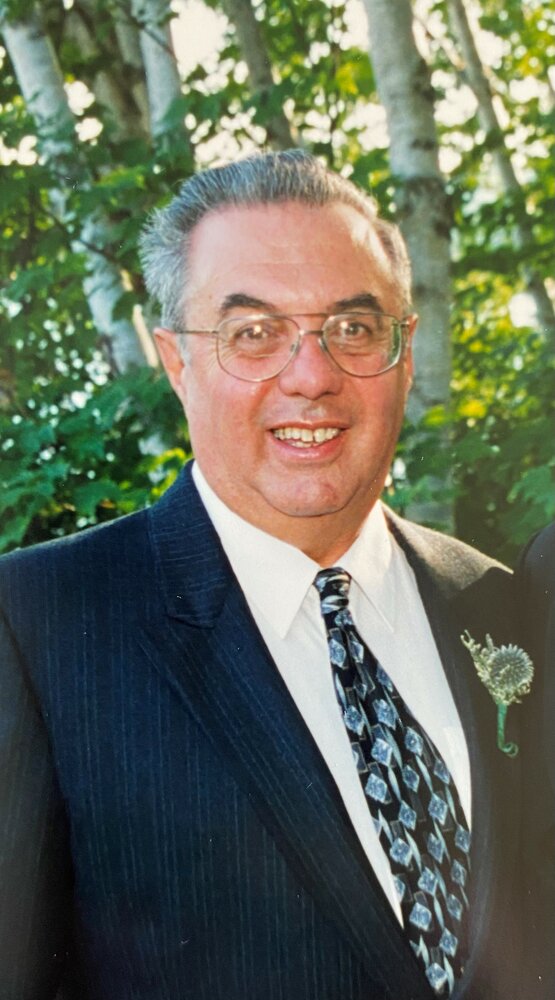 Please share a memory of Gerald to include in a keepsake book for family and friends.
View Tribute Book
Age 79, passed away on April 12, 2022, at Harbourview Lodge, Sheet Harbour, where he was an elder. Jerry was born on July 23, 1942, to Alphonse and Gladys (Richards) Peters, Marinette, NS. Jerry is survived by sons Phillip (Rebecca), Millbrook, ON and Randy (Lauri Shaw), Antigonish, NS. Jerry is also survived by his grandchildren Lydia Shaw-Peters, Antigonish, NS; Reed and Julia Peters, Saint John, NB; and Olivia, Felicia, Derek Peters, Millbrook, ON. Jerry was the second eldest in a large family of close-knit siblings. Jerry is survived by sisters Irma Snyder, Nancy (Steve) Balcolm, Beth Moser (Brian Duggan), Bonnie (Bobby) Behie, Theresa (Paul) Parks and brothers Laurie (Kathy Rogers), Bill, Stephen (Sharon), George (Connie), and many nieces and nephews. Jerry is also survived by his former wife, Lorraine Day, Antigonish, NS. Besides his parents, Jerry was predeceased by his sisters Anita Amyot (Ken), Linda (in infancy), brother-in-law Bob Snyder and niece Melissa Anderson (at birth). Jerry graduated from the Maritime Forest Ranger School in 1964. Soon afterwards, Jerry relocated to Antigonish where he and Lorraine raised their family. Jerry worked most of his career for the Woodlands Department of Stora Forest Industries, Port Hawkesbury. Jerry had a love of forestry and silviculture. He was a long-time member of the Nova Scotia Forest Technicians Association and received recognition for his contributions to the field of forestry and to technician education. Jerry enjoyed growing and tending to forests and travelling rapidly across the many back roads and pulp roads of Nova Scotia. After retirement, Jerry moved to Dartmouth where he resided until 2019, spending time volunteering with Feed Nova Scotia, enjoying time walking the trails and the conveniences of the city. Jerry loved sports and was a talented baseball player in his youth. While watching baseball with Dad, he would often tell you something minutes before the announcer would say the same thing. Dad was always a supportive fan of his family and would drive to tournaments and games all over the province. Jerry loved to travel and check off places he has been. He was an avid reader with a quick wit and was always ready with comments or a story relatable to most topics. Jerry was a devote Catholic who blessed himself whenever driving passed a church. Always on time, he was one of the first cars in the parking lot for any function often viewing posted speed signs as a recommendation. Jerry loved his family and for many years had a standing Sunday night call to his sons. Jerry also enjoyed attending the Peters’ gatherings hosted by his faithful siblings throughout the years. In December 2018, Jerry survived a debilitating stroke that saw him require long-term care. His last seven months were spent in the excellent care of Harbourview Lodge in his home community of Sheet Harbour. We will forever be grateful for the support and love from Dad’s brothers, sisters, and their families, as well as the elder-directed, compassionate care from the administration and staff of Harbourview Lodge. Funeral Mass will be held on Saturday, April 23rd at 2:30 pm, St. Peter’s Roman Catholic Church, Sheet Harbour, Archbishop Emeritus Martin Currie officiating. A reception to follow in Sheet Harbour Legion. All are welcome. Online condolences may be directed to www.crowellsfuneralhome.ca. In lieu of flowers, donations may be made to the Heart and Stroke Foundation of Canada or to the Harbourview Lodge Continuing Care Centre, Sheet Harbour.
To plant a beautiful memorial tree in memory of Gerald Peters, please visit our Tree Store
Saturday
23
April

To follow the service in the Sheet Harbour Legion.
Online Memory & Photo Sharing Event
Online Event
About this Event

Look inside to read what others have shared
Family and friends are coming together online to create a special keepsake. Every memory left on the online obituary will be automatically included in this book.
View Tribute Book
Share Your Memory of
Gerald
Upload Your Memory View All Memories
Be the first to upload a memory!
Share A Memory
Plant a Tree