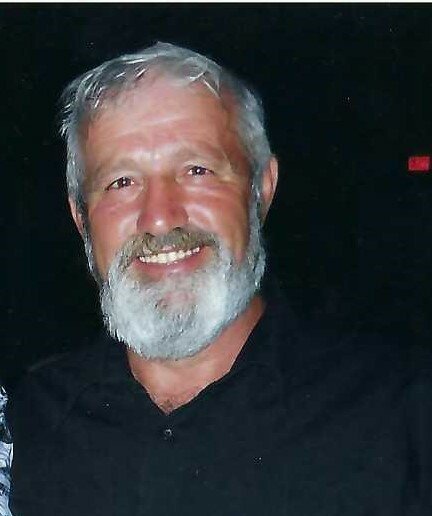 Please share a memory of Ronald to include in a keepsake book for family and friends.
View Tribute Book
Malay, Ronald Edward- 70 Spry Bay, with broken hearts we the family announce that Ronald died Tuesday February 8, 2022 in the Aberdeen Hospital, New Glasgow with his wife Patricia and the rest of his immediate family by his side. Born in the old homestead in Malay Falls September 13, 1951 he was a son of the late Enos & Leone (Russell) Malay. Ronald worked 41 years as a truck driver and crane truck operator, 32 of those years were with Western Electric. He always kept busy, making things out in his man cave. He loved making lawn ornaments for his wife. He was very proud of his tiny house and his utility trailers that he built. Ronald enjoyed the outdoors which was instilled in him by his father at an early age. He had an abundance of knowledge when it came to hunting and fishing. Ronald enjoyed telling a great story, some of which couldn’t be mentioned later or around the young ones. He loved his Nissan and his Century Sam Cigars. Ronald loved tormenting the ones he loved, especially his mother in-law Cora. He loved to go camping with family and friends, especially at Cliff’s Landing. He was so proud of his two girls, his grandson and Joey. Survived by his wife of 48 ½ years Patricia, which began as High School sweethearts 52 years ago, daughters; Tracie, Tara-Lee (Joseph Grady), grandson Connor Malay, sisters; Christina Boutilier, Virginia Malay, Linda Frail, Elsie (Ervin) Beaver, brothers; Nathaniel (Viola), Brian (Susan), mother in-law Cora Josey, brother in-law David Josey (Susan), sisters in-law; Jessie Russell, Frances Malay, Babs Malay, Ferma Zais many nieces, nephews, cousins, and extended neighbourhood family. Predeceased by brothers; Harold, Russell, Bradford & Frank, brother in-law Floyd Frail. The family would like to thank the paramedics, the staff at Aberdeen Hospital 4 East, and our friends Sherry and Steven and Shawna and Art. Cremation has taken place. A memorial service will be held on Saturday by invitation only due to COVID restrictions.
To plant a beautiful memorial tree in memory of Ronald Malay, please visit our Tree Store

A Memorial Tree was planted for Ronald
We are deeply sorry for your loss ~ the staff at D.S. Crowell & Son Funeral Home Ltd
Join in honoring their life - plant a memorial tree
Online Memory & Photo Sharing Event
Online Event
About this Event

Look inside to read what others have shared
Family and friends are coming together online to create a special keepsake. Every memory left on the online obituary will be automatically included in this book.
View Tribute Book
Services for Ronald Malay
There are no events scheduled. You can still show your support by planting a tree in memory of Ronald Malay.
Plant a tree in memory of Ronald
Share Your Memory of
Ronald
Upload Your Memory View All Memories
Be the first to upload a memory!
Share A Memory
Plant a Tree