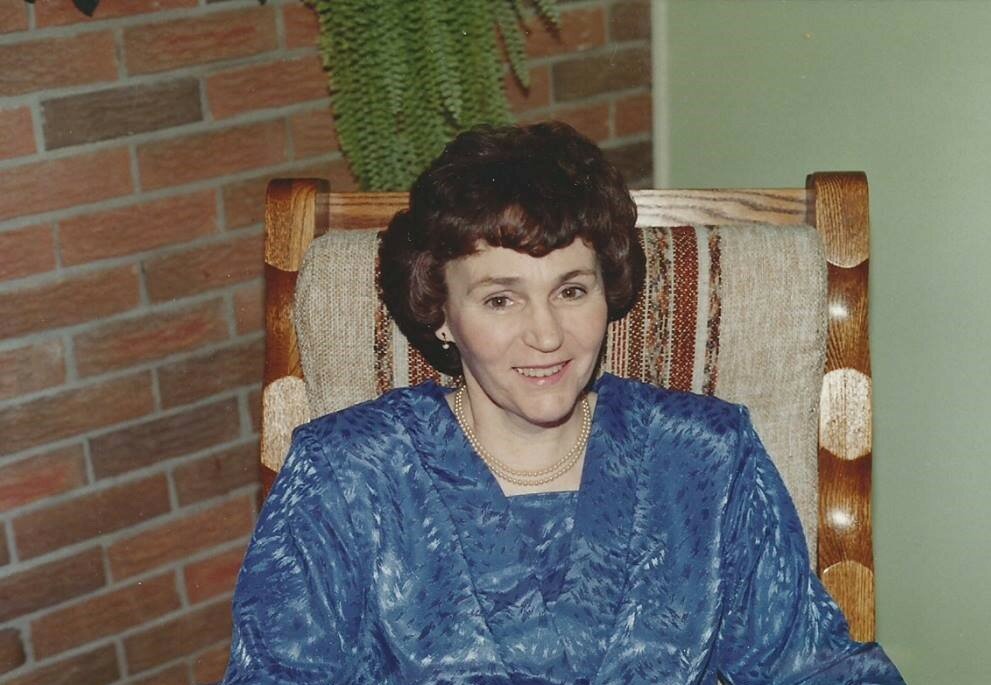 Age 88, passed away in the Halifax Infirmary, QEII on December 6, 2021 after a long battle with Alzheimer's disease. Loving daughter of Beaton and Louisa (Bears) Stewart, she was born in Caledonia, P.E.I., on June 5, 1933. Verna and her best friend, Florene Higginbotham, came to Halifax about 1952 and in March, 1953, graduated from the Grace Maternity Hospital. While waiting for the graduation ceremony, they worked at Eastern Shore Memorial Hospital, Sheet Harbour. Later, Verna worked at the Grace Maternity Hospital for a few years. She met Wallace in Sheet Harbour, on her way to a dance with Florene. On September 10, 1954, she married Wallace Ronald Lowe in St. David's Presbyterian Church, Halifax, and was a loving and devoted wife for 67 years, and also to her children. Her family was everything to her. She was the best possible wife and mother. Verna was a long-time member of Calvin Presbyterian Church and we wish to thank the Minister and others for their visits during Verna's illness. Verna had many lifelong friends, especially Lois McLeod, whom she and others played bridge for many years. She is survived by her children, Ronald Beaton, Laura Lynn, Philip Earle, Wayne Thomas, David Stewart (Roxanne), Steven Wallace and Carolyn Sarah Louise; grandchildren: Desveaux: Maxwell Stewart (Nneka Johnson), Jesse Garrett, Bligh Ellis (Shan Jiang), Quentin Blake Julian, Xavier Saxon (Catherine Fralich); Lowe: Kallie Ruth (Kyle), and Mitchell Blake; Jennett: Steven Matthew 'Surya'. Besides her parents, she was predeceased by sister, Ruby 'Margaret'; and grandchild, Emmitt Kipling Desveaux. Cremation has occurred and there will not be a service; burial at a later date. We wish to acknowledge the excellent, compassionate and competent care, at Units 7.3 and 8.1, at the Halifax Infirmary. Donations may be made to the Alzheimer Society of Nova Scotia. Online condolences may be directed to: www.crowellsfuneralhome.ca
To plant a beautiful memorial tree in memory of Verna Lowe, please visit our Tree Store

A Memorial Tree was planted for Verna
We are deeply sorry for your loss ~ the staff at D.S. Crowell & Son Funeral Home Ltd
Join in honoring their life - plant a memorial tree
Services for Verna Lowe
There are no events scheduled. You can still show your support by planting a tree in memory of Verna Lowe.
Plant a tree in memory of Verna
Share Your Memory of
Verna
Upload Your Memory View All Memories
Be the first to upload a memory!
Share A Memory
Plant a Tree