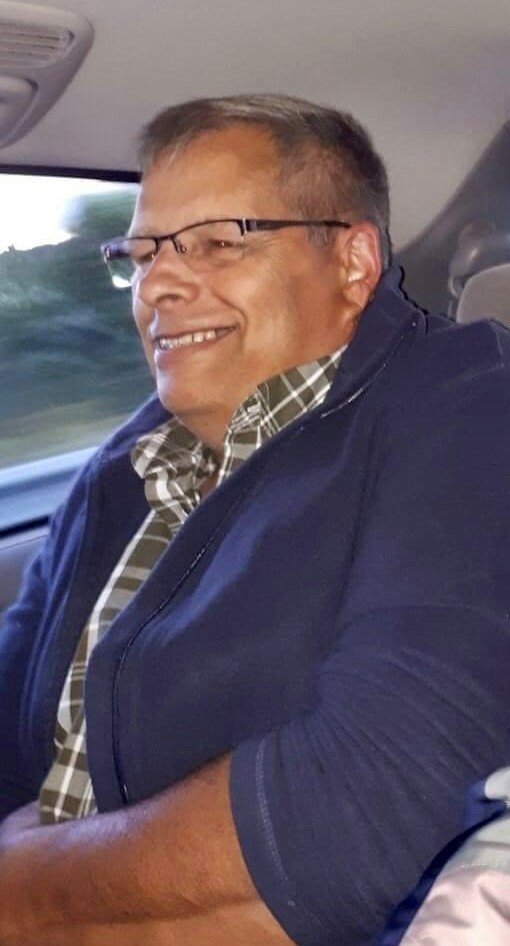 Please share a memory of Larry to include in a keepsake book for family and friends.
View Tribute Book
Rudolph Larry Edward, Age 61 Liscomb Mills, passed away peacefully with his wife and family by his side on August 17, 2021 at the QEII Health Sciences Center, Halifax after a long brave battle with cancer. Born Feb 5 1960 in Sherbrooke, he was a son of the late Ernest and Catherine (Green) Rudolph. Larry was a long time employee of Howard Turner and Son’s Ltd and in later years worked as a lobster buyer for By The Water Shellfish PEI, and Love Me Fish &Lobster Industry Bayfield in the village of Marie Joseph. Through his years in the Lobster industry Larry was very well Known and respected by many lobster fisherman up and down the eastern shore. He was happily married to his loving wife Nancy Langille for the past 33 year and they resided in Liscomb Mills until his passing. Larry was an avid hockey fan and played in the Over Thirties League in Sherbrooke. Larry's hobbies included deer hunting with his father, fishing, and he shared an interest in the ship building history of Nova Scotia, researching old vessels and participating in online groups such as Nova Scotia Fishing Boats and Local Fishing Boats of The Past. Larry will be remembered by all his family for his kind gentle spirit and his close bond with all of his brothers, sisters and parents. Larry was very proud of his family, and held a special place in his heart for his many nieces and nephews, as they held a special place in their hearts for Uncle Larry. Larry had a very giving nature and was known to his family and friends for his kindness and sense of humor. Larry loved for family to visit, share a cup of coffee, and is fondly remembered for early morning Christmas visits with family to watch the little ones open their gifts. He enjoyed delivering gifts that while noisy gave hours of amusement to the kids. He is survived by his wife Nancy, brothers Ernest (Debbbie) Hillsboro AB, Gerald (Brenda) Ecum Secum West, Scott (Natalie) Shelburne, Corey (Nicole) Shelburne, sisters Sandra (Dennis Spears) Sherbrooke NS, Leah MacDonald (Juergen WIlkening ) Grande Cache AB, Jessie Hubley, Pompquet, Rachel (Wayne Baker) Little Liscomb. Sister in law Heather Rudolph Liscomb. Predeceased by Paternal grandparents Scott and Laurie (Mailman) Rudolph, and Maternal grandparents Gerald and Ida (Gaskill) Green brother Kevin and sister June (infant). Visitation will be held from 10a.m. until the time of the funeral service at 11a.m. all in Ecum Secum Chapel Rev. Derek Elsworth officiating. Burial to follow in St. John’s United Cemetery. Family flowers only. Donations may be made to the Canadian Cancer Society.
To plant a beautiful memorial tree in memory of Larry Rudolph, please visit our Tree Store
Monday
23
August

Look inside to read what others have shared
Family and friends are coming together online to create a special keepsake. Every memory left on the online obituary will be automatically included in this book.
View Tribute Book
Share Your Memory of
Larry
Upload Your Memory View All Memories
Be the first to upload a memory!
Share A Memory
Plant a Tree