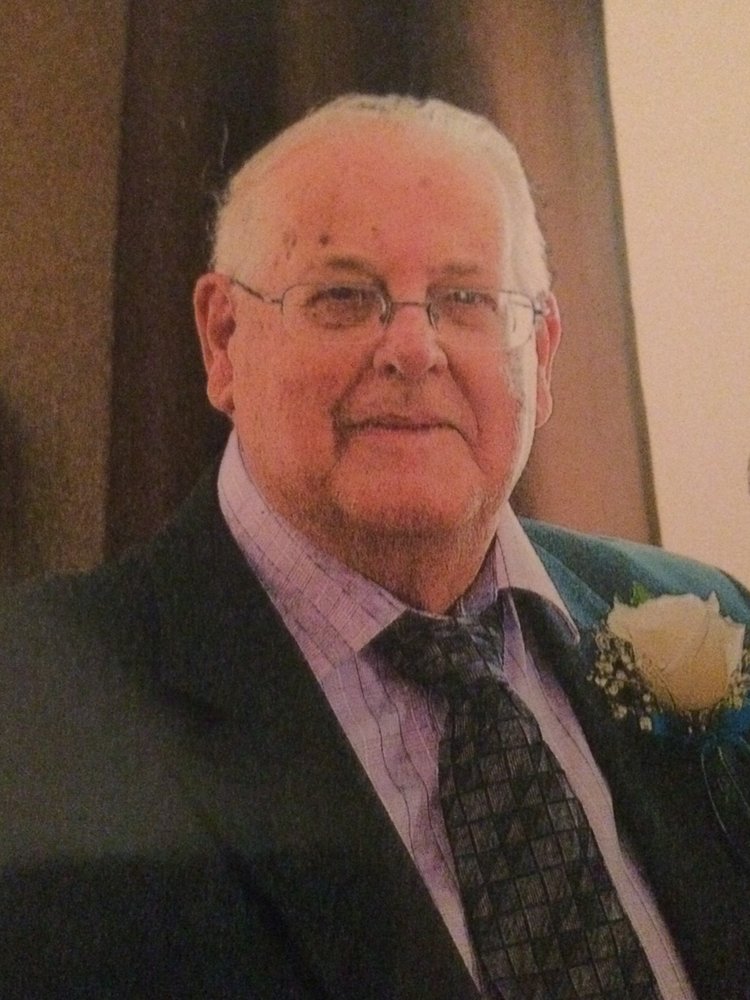 Please share a memory of St. Clair to include in a keepsake book for family and friends.
View Tribute Book
Passed away unexpectedly at home on April 6, 2020, St. Clair's spirit went to be with his beloved Doreen and their daughter Lynn. Clair was born in Sheet Harbour on January 14, 1935, to the late Parker and Jean (Kenney) Bezanson. As a young boy Clair took on employment where he could find it, working at a forestry camp and odd jobs for his uncle. He especially enjoyed running his uncles' team of work horses. In his leisure time growing up he enjoyed hunting, snaring rabbits and fishing. He loved to play guitar and sing with his family and friends. He was well-known playing at local dances and many evening impromptu hootenannies. In school, Clair excelled in math and in his late teens his high school principal pointed him toward a career in banking. His 38 year career with the Royal Bank of Canada started at a small branch in Middle Musquodoboit and soon took him to numerous locations throughout Nova Scotia. He went on to work in various capacities at branches in Toronto, Montreal, Ottawa, and Goose Bay Labrador before returning to Nova Scotia where he finally settled in Dartmouth. He was especially proud to have been chosen to open the first RBC branch in Porter's Lake. In his final years with RBC he worked with the bank's inspection team and traveled throughout the Atlantic provinces including Newfoundland and Labrador. His retirement was filled with hunting, salmon fishing on West River, driving his ATV and spending time with his friends in the back wood camps. He especially loved visits with his grandchildren, who in turn loved spending time with him. Clair was predeceased by his parents, Parker and Jean; his wife, Doreen (Yaxley); and daughter, Lynn; brother, Aubrey; and sisters, Sigrid, Bernice, and Sylvia. He is survived by his sister, Agnes Dorey, Dartmouth; and brother, Carl and wife Doreen(Helpard), Sheet Harbour; he is also survived by his sons, David (Marion), Dartmouth; Michael (Madone), Bedford; Brian (Lisa), Harrietsfield; Jeffrey (Kristie), Moncton, N.B.; son in law Terry Clements; 11 grandchildren and three great-grandchildren. Clair had requested that no service take place and that his remains be quietly placed to rest beside his beloved Doreen at a later date. Donations may be made in Clair's memory to St. James United Church Cemetery Fund in Sheet Harbour. Online condolences may be sent to: www.crowellsfuneralhome.ca
To plant a beautiful memorial tree in memory of St. Clair Bezanson, please visit our Tree Store

A Memorial Tree was planted for St. Clair
We are deeply sorry for your loss ~ the staff at D.S. Crowell & Son Funeral Home Ltd
Join in honoring their life - plant a memorial tree
Online Memory & Photo Sharing Event
Online Event
About this Event

Look inside to read what others have shared
Family and friends are coming together online to create a special keepsake. Every memory left on the online obituary will be automatically included in this book.
View Tribute Book
Services for St. Clair Bezanson
There are no events scheduled. You can still show your support by planting a tree in memory of St. Clair Bezanson.
Plant a tree in memory of St. Clair
Share Your Memory of
St. Clair
Upload Your Memory View All Memories
Be the first to upload a memory!
Share A Memory
Plant a Tree