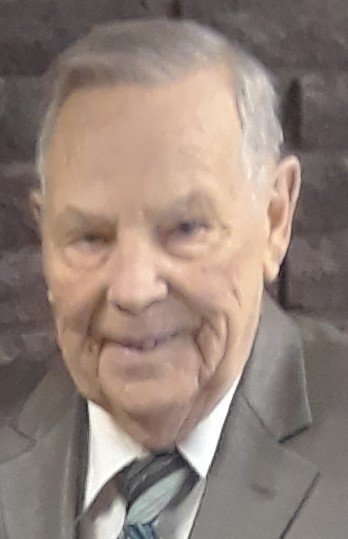 Age 89, Dartmouth (East Quoddy). It is with heavy hearts that we say goodbye to a loving husband, father, brother, grandfather, uncle and friend on March 11, 2020 in Dartmouth General Hospital surrounded by his family. Born in East Quoddy on December 16, 1931, he was a son of the late Earle and Margaret (Snow) Publicover. He enjoyed dancing, going to the cottage and was an avid hunter/fisherman. He also enjoyed their cross Canada/United States trip to Alaska. He worked at London Life for 35 years. He was married to his late wife Avis for 62 years. Survived by children, Harold (Priscilla), Dartmouth; Arlene McFadden, Digby; grandchildren, Devon and Victoria: brothers, James, Murray (Connie), Ralph (Cheryl); sisters, Jean, Helen (Hector), Audrey (Todd). Predeceased by his son Derrick; sisters, Lillian, Florence; brothers, Ron, Frank, Edgar and Roger. Special thanks to the nurses, and doctors at the Dartmouth General Hospital Emergency Department and 4th Floor East. As his wishes, there will only be a Graveside Service for family and friends with a reception to follow in the Masonic Hall in Sheet Harbour.A Graveside Service will be held at a later date. Family flowers only. Donations may be made to Canadian Cancer Society. Online condolences may be directed to: www.crowellsfuneralhome.ca
To plant a tree in memory of Harold Publicover, please visit Tribute Store
Services for Harold Publicover
There are no events scheduled. You can still show your support by planting a tree in memory of Harold Publicover.
Visit the Tribute Store
Share Your Memory of
Harold
Upload Your Memory View All Memories
Be the first to upload a memory!
Share A Memory
Plant a Tree