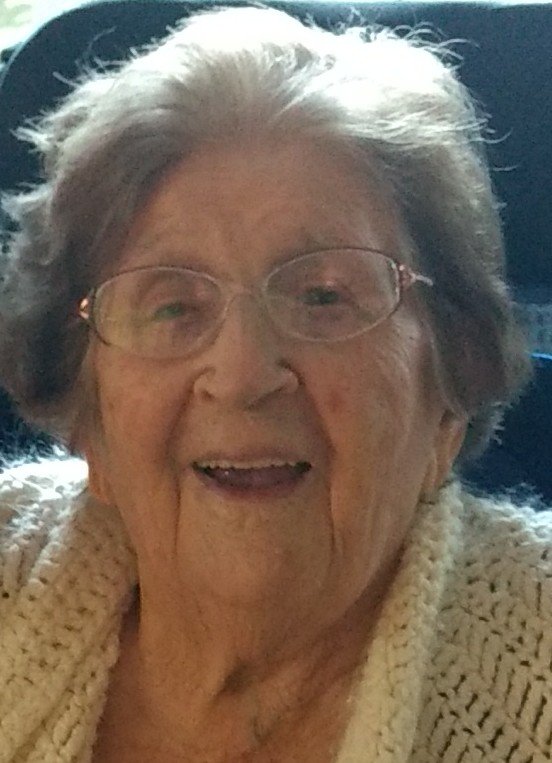 Of Moser River. With saddened hearts, we announce the peaceful passing of Jessie A. C. Miller, 98 years, on November 23, 2019, in Harbourview Lodge, Sheet Harbour, after a brief illness. Preceded in death by her husband of 68 years, Keith; son, Leigh; sisters, Beatrice and Edith; and brother, Kenneth. Survived by daughters, Wendy Breen (Rick), Simcoe, Ont.; Jay Marshall (Clarence), Malay Falls; Kerry Miller, Truro; daughter-in-law, Audrey Miller, Gander, N.L.; sister, Frances Jewers; and sister-in-law, Tena Bonner; grandchildren, Christopher Breen (Carolyn), Kari Breen (Jay), Lisa Miller, Kevin Miller (Andrea), Clare Marshall (David) and Jessie Marshall; as well as five great-grandchildren and many nieces and nephews. Jessie was born on February 22, 1921 in Moosehead, to Ronald and Violet Millar (Moser). She grew up in Moser River, learned to chord on piano at a very early age and often accompanied fiddlers at the local dances. She found employment in Halifax with Eatons and then CFB Halifax as a clerk. She moved to Deep Brook with Keith while he was stationed with the Canadian Navy in Cornwallis. After the war, they returned to Moser River where they established a lifelong home and raised their family. Despite being a busy wife and mother, the door was always open for friends and relatives near and far who enjoyed her hospitality and good home cooking. Jessie was active in the community. She was a member of the United Church Women's Auxiliary, a leader with the youth group CGIT, a Sunday school teacher and Church Secretary Treasurer. Jessie together with Keith truly left their mark on their community. They were instrumental in the creation of the Moser River Community Association, River Community Centre Park, playground and ballfield. As well, Jessie served on the Sheet Harbour Hospital Board and was a member of the Halifax County School Board. She was a staunch supporter of the PC Party. Jessie also found time to involve herself with Neighborhood Watch, Community Lynks and Drug Awareness and was an avid ticket seller for many a worthy cause. She worked as a real estate agent, held a permissive licence to teach school, was a founding member of the Ecum Secum /Moser River Homemakers Group and was the bookkeeper for SeaGull Fashions of Moser River. She enjoyed reading, genealogy, Irish music, chording with grandchildren and fiddle players Jessie and Clare and laying proud claim to her Scottish ancestry. Visitation is Wednesday, November 27th from 2-4 and 7-9 p.m. in DS Crowell & Son Funeral Home, 22558 Hwy. 7, Sheet Harbour. Funeral service Thursday, November 28th at 11 a.m. in St. James United Church, Sheet Harbour, with Rev. Glenn MacLean officiating. Burial to follow in Old Cemetery, Moser River and then reception in Moser River Community Hall. A most heartfelt and resounding thank you to staff at Harbourview Lodge for their exceptional care, compassion and support to Jessie and family for the past two and a half years. Jessie never tired of meeting new people and finding joy in those around her. She accepted her new home and true to her nature, made many new friends; charming them with her kindness, engaging wit, and gracious personality, all qualities which remained, despite living with dementia. Thanks also to Drs. Antony, Atkinson and MacDonald. Thanks to Bruce and Elicia Crowell of D.S. Crowell & Son for funeral arrangements. No flowers by request. Donations may be made in Jessie's name to Moser River Old Cemetery fund, Moser River Community Hall or a charity of your choice. Online condolences may be directed to: www.crowellsfuneralhome.ca

Reception to follow at the Moser River Community Hall
Share Your Memory of
Jessie
Upload Your Memory View All Memories
Be the first to upload a memory!
Share A Memory
Plant a Tree