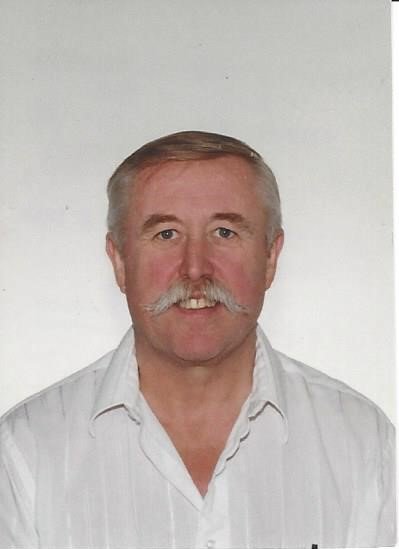 Of West Quoddy, on October 12, 2019. David passed away pain-free and on his own terms in Palliative Care Unit of Aberdeen Hospital in New Glasgow. Our heartfelt thanks go outto all the caring staff who made it so. David was born on September 29, 1949 in Sydney, Cape Breton, Gerald and Mary (Jackson) Anthony's first-born, who by all accounts was a night owl from the get-go. In his youth David was a Scout then an Army Cadet and basketball was his sport of choice. He worked at several jobs while still in high school including, what else, the Steel Plant. He joined the RCMP in August 1970 and graduated from the Depot in Regina in February 1971. His first posting was to Ottawa where he met and charmed Georgette, his wife of over 46 years. During his career many lifelong friends were made in Port Elgin and Sackville, N.B., Alberton, P.E.I., and Sheet Harbour. He performed his policing duties with fairness and compassion with large doses of common sense. In 1991 he retired from the Force due to bone cancer. He conquered the big "C" at that time and moved on to enjoy over 30 years filled with travel and hobbies (antique cars, firearms, boating, fishing and hunting to name a few). He played and coached hockey, was a Kinsman and a long-standing member of the Royal Canadian Legion. He loved life, driving and adventure; so many marvelous experiences over five continents with family and friends. He also owned four motorcycles over the years and great trips were enjoyed on those as well. He and brother Robert modified his last Aspencade so he could have a few more runs. His life was well-lived and filled with rich experiences. He was a doer, never a procrastinator; would tell it like it he saw it and a great "people person". We will miss his wit, charm, sarcasm, loyalty, friendship and love. Left behind are Georgette, his wife, best buddy, and, according to him, the best part of many of his journeys; brother, Robert (Jill); brother-in-law, Roy (Carole) Cadieux; special nieces, Amberlee (Jason Gibson) Anthony, Stephanie (Francois) Patenaude; nephew, Joel (Nahama) Cadieux; uncle Cecil Jackson; aunt, Doris Cooper; and many dear "surrogate" kids and wonderful friends. He was predeceased by his father and mother, Gerald and Mary Anthony; his in-laws, Georges and Lily Cadieux; many aunts, uncles and friends. My David was not afraid of death and was ready to let go. He wanted us to remember him with a smile and laughter. To that end there will be a gathering of family and friends at the Royal Canadian Legion Courcelette Branch 58, Watt Section, on October 26th at 1 p.m. In lieu of flowers, donations may be made to a charity of your choice. Online condolences may be directed to: www.crowellsfuneralhome.ca