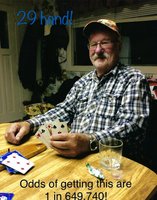 Fleet, Bruce Augustus- 89, Fleet Settlement, it is with heavy hearts that we have to say our father, grandfather and great grandfather has passed away on December 29, 2020 in Eastern Shore Memorial Hospital, Sheet Harbour. He was married for years to his loving wife Mary Margaret Fleet until her passing on October 30, 2010. Born July 25, 1931 in Fleet Settlement he was a son of the late Augustus & Tori (Smith) Fleet. Bruce worked in the woods at the age of 17 years old until his retirement. He loved spending time at Spider Lake fishing and just relaxing. His passion was spending time with his sons fishing for eels and smelting. His favourite time of year was Christmas for the gatherings at his place on December 24 for a party with family and friends. He has left behind to carry on his legacy his daughter Susan Scott (Jim), sons Douglas (Karen), Dwayne, his grandchildren Chantel Hatt (Michael), Lucas Scott, his great grandchildren Rogan and Coen. Bruce was predeceased by his wife Margaret, sisters Jean, Lena, Annie and one in infancy, brothers Murray and Benny. Cremation has taken place, directions are under the compassionate care of D.S. Crowell & Son Funeral Home. No visitation or flowers by request. Family committal at a later date. Thank you to the nursing staff at Eastern Shore Memorial Hospital and the Truro Nursing Home Townsview Estates for their compassionate care while Bruce was in their care.